Share a memory
Obituary & Services
Tribute Wall
Read more about the life story of Anthony J. and share your memory.

Anthony J. Colannino Sr., 89 of Cranston, passed away peacefully at home, on the evening of Friday, November 18th, just two months shy of his 90th birthday.

Anthony was the loving husband of the late Lorraine A. Colannino. He was the son of the late Filomena Colannino (Russo), and the late Costanzo Colannino. Born and raised in the Federal Hill neighborhood of Providence, he would spend his entire childhood, and early adult years there, living at 39 Messenger Street between Atwells Avenue and Spruce Street. He would often boast, "there was no better place to grow up, during no better time" In 1951, just months after graduating from Central High School, he was drafted into the U.S. Army during the Korean War serving in Japan until 1953. He always proudly recalled his service as "some of the best years of my life".

Returning to Providence after his military service, he would later move from Federal Hill to the city's West End neighborhood living at 111 Waverly Street, between Cranston Street and Bucklin Avenue. In 1965, he then bought his home on 89 Victory Street in Cranston between Park Avenue and Legion Way residing there for a stretch of 57 years, and what would be the rest of his life.

Anthony's first jobs as a youth were shining shoes at his father's barbershop in Downtown Providence where he would later learn how to cut hair and also working at State Battery on West Fountain St. in Providence. Eventually Anthony would follow his father's trade, and make his career as a licensed Barber. Owning two shops one on the corner of Chestnut Street and Pine Street in downtown Providence and later another shop on Benevolent Street on the east side of Providence. He was also a member of the Barber's Union. His next career move would be in the restaurant management field. Working his way up to a Regional Supervisor's position serving all over New England for several years mainly in Rhode Island and Massachusetts. Later on in his work history, he took a job with his brother-in-law as a Factory Operations Manager on Sprague Street in the south side of Providence for some years until he finally retired.

In 1957,  Anthony was a founding member of the former Modern A.C. Rams Social Club located on Spruce Street on Federal Hill in Providence. He was also a U.S. Army Veteran of The Korean War, and was a member of The Sons Of Italy Foundation. Growing up he was a communicant of Mt. Carmel Church on Spruce Street Federal Hill Providence. On April 27th, 1957 he married his wife Lorraine at The Assumption Church on Potters Avenue in the west end of Providence.

Throughout Anthony's years, playing poker was a fond and favorite hobby of his. Playing from his childhood all the way to his elder years, he carried a strong passion for it. Confident in his ability at the table, he would say "I would've traveled the world as a pro if I never met my wife, but its a good thing I met my wife". Anthony was also a big New York Yankees fan. Having traveled to Yankee Stadium and Fenway Park several times to see many Yankees games over the years and enjoy many World Series wins. One of his fondest life memories was at the age of 13, when his father took him to Fenway Park in Boston for a Yankees vs. Red Sox doubleheader and he got to see Joe DiMaggio play. "I was never prouder of my father than I was that day" he would say. Anthony loved boxing as much as baseball. Often sharing a great story about "the best fight he ever went to" at the Polo Grounds in New York City to see Rocky Marciano fight Roland Lastarza for the World Heavyweight Championship, in 1956.

Anthony always referred to himself as  a "Cadillac Guy". Making the claim "Once I bought a Cadlillac, I would never by any other kind of car, there's nothing like a Cadillac". He owned several over the years, he kept them in pristine condition, and always loved going for a ride. As a young man Anthony loved going to the Celebrity Club and The Ranch House to see his favorite acts perform, and then going to The Olneyville System or The Yankee Clipper to eat with friends afterward. He would also frequent the Rhode Island Auditorium on North Main Street with neighborhood friends, to watch Rocky Marciano fight early on in his career, and cheer on local fighter Ralph Zanelli. Going to Lincoln and Narragansett racetracks to watch the horses and dogs run was also always a fond memory for him. And of course taking a ride to Foxwoods to play poker was a favorite of his.

Some of his other lifelong and/or recent interests were - reading The Providence Journal daily, going for a coffee, taking rides with his grandson to run errands, listening to Frank Sinatra, and ordering a new Sinatra calendar every year, going out to eat at his favorite Italian restaurants, stopping for hamburgers, hot wieners, or grinders, popping up to visit his family, and friends, taking a ride to the beach for clam cakes, watching baseball, and football games, relaxing in his chair while watching the news, his westerns, or The Godfather, keeping an eye on his garden out of the living room window, teasing his dog Don Carlo, and telling stories of his past, sharing good memories, reminiscing on a full life well lived.

Above all Anthony was a family man and he was most proud of that and never stopped preaching the importance of it. He was very proud of the life he had with his wife Lorraine, and would often talk about her. He missed her dearly and would tell stories of their younger years how they met, their honeymoon to Niagara Falls would be just a couple of so many more. He would also enjoy road trip vacations to New Hampshire with his wife and children, looking forward to "breathing the fresh air out there" Years back, he made several trips with his wife and kids to New Jersey, to visit his favorite uncle Nick, and cousins, Pauline, Maria, and Tony.

In recent years he loved having parties, and cooking out in the yard, he would be in a great mood to see family, friends and have company. He would really enjoy himself, and have a great time, talking about it for days after. That was dear to him. He enjoyed seeing his yard "all sharped up, and packed with people smiling, and having fun". Anthony had an aura to him and carried a charismatic charm that could not be taught. He defined class, style, respect, and honor, and made you feel lucky to have known him. Those traits along with his great sense of humor, warm smile, extreme generosity, well mannered kindness, well kept appearance, sharp wardrobe, quick wit, tactful way with words, wisdom, experience, and understanding, made him magnetic, inviting, and an upmost pleasure, and privilege, for family, and friends alike to be in his company.

Anthony touched, and inspired many. He was a man to learn a lot from, who was always there for whomever he loved. He left unforgettable, lasting impressions on all who knew him. He will be dearly missed, forever remembered, and always in our hearts.

Mr. Colannino is survived by his sister Marie Conti (Colannino) and her husband Joseph "Junior" Conti of Cranston.

His grandchildren Jamie Colannino and his girlfriend Minda Fujimoto both of Cranston, James Novack and his wife Brittany Novack of Uncasville, Connecticut,  Haylee Colannino of Tampa, Florida, and Andrew Colannino of Burrilville.

He also leaves behind his English Bulldog and best bud - Don Carlo Colannino, along with many nieces, nephews he loved and adored.


Visitation will be held Sunday November 27th, from 4:00 -7:00pm in the Butterfield Chapel at 500 Pontiac Ave. Cranston. Funeral services will be held on Monday November 28th at 9:15am from the funeral home, followed by a mass of Christian  in St. Rocco's Church 927 Atwood Ave. Johnston at 11:00 am. Burial will follow in St. Anne Cemetery Cranston 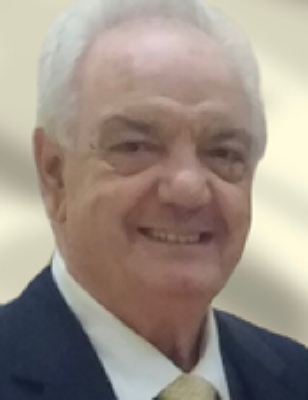