Share a memory
Obituary & Services
Tribute Wall
Read more about the life story of Arthur Steven and share your memory.

Arthur Steven Croce, 93, of Palmer Avenue Cranston, RI, passed away peacefully on Tuesday November 15, 2022, while under the exceptional care provided by the staff at the Cra-Mar Meadows Nursing Home.

Born on December 26, 1928 in Providence, RI he was the son of the late Thomas and Mary (Valone) Croce.  Arthur grew up in the Federal Hill section of Providence, and later moved with his family to the Knightsville section of Cranston.  He graduated from Cranston High School.  He proudly served in the United States Navy during the Korean War and was stationed on the Aircraft Carrier USS Coral Seas.  He was an accomplished Thoroughbred Race horse owner and trainer.  Of course, the closest he came to the Kentucky Derby was a later in life visit, as a spectator, in a tent several fields from the action!   Later, he would say what a great time he had with his best friend Carlo and his Godson Steven.  Arthur’s entrepreneurial spirit continued with the creation of Mary Lou’s Restaurant, Pawtucket RI with his brother Tom.  In retirement Arthur spent a great deal of time with the crew at Zink’s (Sassa) Auto, helping to keep things in order for Frankie.

Arthur was a kind and caring, father and grandfather.  He was a devoted lifelong friend too many, including his morning coffee buddies and will be sadly missed by all.

Arthur is survived by his two children; his daughter Lauren Mansolillo and her husband James, His son Eric and his wife Kristen (Canning) Croce; six grandchildren; Stephanie Michael, Andrew, Brendan, Alexander and Cameron.  He is also survived by his loving sister Veronica Croce as well as his beloved nieces and a nephew. 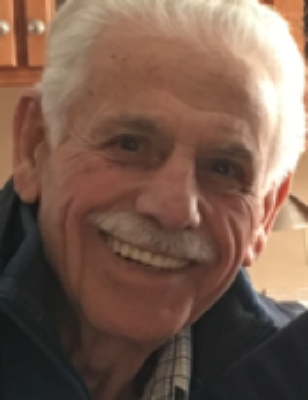