Share a memory
Obituary & Services
Tribute Wall
Read more about the life story of Donald M. and share your memory.

Donald Manuel Medeiros 74, of Cranston passed away on Sunday December 4, 2022. He unexpectedly and peacefully died surrounded by his family and friends at Rhode Island Hospital. Donald was a Rhode Island Public Transit Authority bus driver of 46 years. Donald was born to the late Manuel and Mary (Perry) Medeiros on August 6, 1948, in Providence and spent his early  years in East Providence with his parents prior to moving to Garden City in Cranston.  Donald also lived in Warwick until the late 1980s when he then returned to the east side of Cranston where he lived until his passing. After graduating from Cranston High School East in 1966 he attended the former Rhode Island School of Electronics where he graduated in 1968. Donald worked for Raytheon for a short time prior to becoming a bus driver for Rhode Island Public Transit Authority where he spent 46 years and retired in May 2017.

Donald was an avid motorcycle enthusiast for over 50 years where he built a large community of friends he considered family. He also enjoyed working on motorcycles which helped him build an encyclopedic knowledge of them. Donald spent his years with Rhode Island Transit Authority as an active part of the Amalgamated Transit Union Local 618 where he also built a large network of friends that had become family. In his early years he was a part of the former band “The Chapter Five” and a military police officer in the National Guard.

Visitation will be held on Monday from 4:00-7:00pm in The Butterfield Chapel 500 Pontiac Avenue Cranston.  A Memorial Service will follow immediately at 7:00pm. 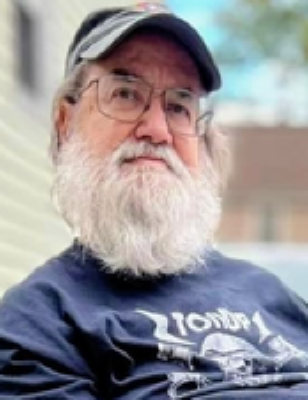