Plant a tree in memory of Edith
An environmentally-friendly option 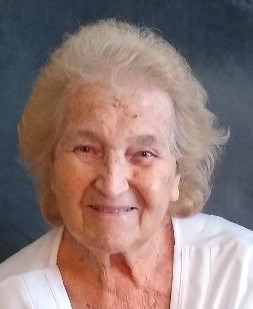 Edith Louise (Dwyer) Thompson Thibodeau 85, of Cranston, passed away on Mother’s Day May 9, 2021. Edith was born March 25, 1936 in Wayland, Massachusetts and was the daughter of the late Franklin G. and Leona D. (Hersey) Dwyer. In addition to her parents, Edith was pre-deceased by husbands Ernest R. Thompson and Warner H. “Sam” Thibodeau and their infant son Donald Thompson. Edith leaves behind three children and five stepchildren (who she loved as her own), Debra L. Thompson Roberts (Wayne); Frank E. Thompson (Kathi); James M. Thompson (Pascal); David R. Thibodeau; Lyn D.Thibodeau (Gary Roak); Kathleen A.(Thibodeau) Richards;  Marc K. Thibodeau (Marie), William H. Thibodeau (Deborah Hall). Edie was “Mom” to all of the children.  In addition, Edith is also survived by sixteen grandchildren and thirteen great grandchildren. One of Edith’s fondest childhood memories was sledding down the hills of the Green Mountains in Vermont to go to school.  She used to ride her sled down the mountain to school and her dad would pick her up at the end of the school day. She graduated from Pascoag Grammar School (1950) and received her diploma from Burrillville High School in 1954. She participated in school plays for each of those classes. Music was an integral part of Edie’s life starting at a young age as a vocalist which led to her being a student of the world renowned opera singer Eileen Farrell of Woonsocket, RI. She was the vocalist  for  Sam’s father’s group where he, William H Thibodeau, was band leader and violinist. When Sam and Edie traveled with Sam’s bands, a highlight of the shows was when Edie got on stage and sang her gospel songs.  A CD, “Edie Sings” memorializes her vocal career. Edie made lifelong friends through all of those years; friends who sought her out when they arrived at festivals.
Sam and Edie were chosen to be among the 250 “Pioneers of Bluegrass” in an exhibit at the Bluegrass Music Hall of Fame & Museum in Owensboro, Kentucky. Edie got involved with the community when her children were young - Cub Scout Den Mother, Brownie and Girl Scout leader. She joined The Order of the Eastern Star, the women’s affiliate of the Masons.  “… many projects that benefit mankind……lessons are scriptural, purposes are beneficent, and teachings are moral.” Her children remember her faith in God was also something that was important in her life. Edie’s talent as a cook is well known among her relatives and friends. Her cookbook for her children includes each of the children’s favorites with notes about each. From the cookbook: “I was a happy 'Mom". I hope these memories are as warm and loving for everyone as they are to Dad and I. One of the things we miss the most is "Thanksgiving on the farm".  She loved cooking for her family and those closest to her. It was one of the greatest ways she showed her love. When Sam and Edie hosted the Central Maine Bluegrass Festival, Edie ran the food concession selling all of her favorites. Some of her passions aside from cooking, were her summer trips to Cape Cod, antiquing, reading, sewing, canning, caring for her sheep, gardening, singing gospel songs. The central theme of Edie’s life was family. She was a dedicated wife and mother who raised eight children with love and compassion. Each one was special and for each she was a major part of their lives. Afterglow by Helen Lowrie Marshall could sum up Edie’s life as she touched the heart of everyone she met.

Plant a tree in memory of Edith by clicking here.
To send flowers to Edith's family, please visit our floral store.

No services to be held

Plant a tree in memory of Edith
An environmentally-friendly option

The Butterfield Home and Chapel

Plant a tree in memory of Edith

3 trees planted in memory of Edith

There are 5 photos available in the gallery

A Memorial Tree was ordered in memory of Edith L. Thompson Thibodeau.  Plant a Tree

Rest In Peace My Dear Friend !😂♥️ We shared so many Memories , Laughter , Stories + Tales that the Floors of Heaven will be Rocking ! You were my Sunday school teacher when I was a youth !! Many years Before becoming a Lifeling Friend + Family ! Stranger things have Happened , but Memories of Cherished Times gone by. I learned a lot from you Edie . And How we would reconnect over the years + do some crazy things all over again . I’ll Cherish those Memories for the time I have Left on earth . I will See you again one day with My Loved ones gone ahead of me .Look Out Heaven ! They’ll be some heavy partying going on . Love + Miss You ♥️😥🙏

Remembering you Auntie always is a wonderful memory.  We had so much growing up together as one big happy family and evryone was always welcomed and included.  Sewing, cooking and baking are very fond memories and lots of love always!!!  My dad and you being friends before any of us came along, just a special bond always and you won't be easy to forget!!!  Always love from Susie!  Susan and Raymond Trinque

She was a great lady. What I remember most is her laugh. Our deepest condolences.

Plant a tree in memory of Edith